The metal bellow is the body of the metallic expansion joint. The bellow can be manufactured of different metals depending on what you need for the application. The next component is usually an end connector. You can use flanges as an end connector, but this can be optional. The last components could be tie rods and limit rods.

A tie rod could also be optional, depending on the application. However, various sectors use tie rods, such as energy production, paper, chemical, water treatment, and oil and gas.

Choosing what kind of tie rod is needed depends on the application and the movement. Additionally, tie rods are selected according to the three basic types of movement: axial, angular, and lateral.

We can provide almost any size of expansion joint and most materials and accessories. So don’t hesitate to send us an RFQ.

In this paragraph, I’m going to tell you about single metallic expansion joints. For starters, they have one bellow. In addition to axial compression and extension, single metallic joints can accommodate lateral and angular movement. Thus, they do not restrain the internal pressure thrust. However, the piping designer must provide the system with separate anchoring and guiding to resist the pressure thrust. Furthermore, a single metal expansion joint is the most economical installation, where small thermal movements are involved, and proper anchoring and guiding are feasible.

For the most part, universal metallic expansion joints consist of two metal bellows separated by a pipe spool. Usually, this configuration helps with large lateral movements.

In addition to axial compression and extension, and angular deflection, they have no restraints to resist pressure thrust. Therefore, the piping designer must provide separate anchoring to handle pressure thrust.

Dannenbaum LLC can provide almost all industrial metal joints. Additionally, we can help with engineering. We have several line items of different types of expansion joints. We also provide most pipes, valves, and fittings. For instance, we also provide strainers, filters, pipe hangers, etc…

What is a Pipeline Metal Joint?

Metal pipeline expansion joints accommodate movement and absorb vibration during a piping system. Also, in doing so, they protect nearby piping equipment from damage. Next, we weld various end fittings onto a versatile bellows component to make a pipeline metal expansion joint. Also, relatively thin-walled tubing makes one or multi-ply corrugated cylinders.

In the industrial metal expansion joint industry, these grooves are called convolutions. Therefore, groves are a bellows component. Furthermore, selecting the proper alloy, wall thickness, and convolution geometry is needed when selecting a proper pipe bellow.

Which will meet or exceed the pressure and temperature requirements of adjacent piping. The interplay between alloy, wall thickness, and convolution geometry determines what proportion of movement an expansion joint can absorb.

What Are Metal Expansion Joints?

Networks of piping and tubing are used for every industrial application. You’ll typically see piping installed in any industrial building, and they are used to transmit airflow, chemicals like ammonia, or oil or water transmission.

Because the fluid transmission is vital to any industry’s operation, piping must be well-constituted, leak-proof, and long-lasting. That’s where metallic expansion joints come in.

As efficient as piping is, it does suffer from one drawback: rigidity. Like hoses, piping cannot compensate for expansion due to temperature or structural shifting. However, piping is preferred to hoses in fluid transmission because they don’t sag, are more durable, and don’t fray or burst quickly.

Further, piping susceptible to swelling and shrinking due to ambient and fluid temperature differences is prone to distortion or leaking at the flanges after enough movement. Expansion joints solve this problem. We develop metal expansion joints to compensate for this restriction. A metallic expansion joint is an articulated joint consisting of connecting flanges at both ends, expandable bellows as the body (made from various materials), and a mechanism to help control movement articulation.

The mechanism is usually a tie rod, but reinforcing accessories can be added, such as collars, liners, weld ends, limiting and control rods, and equalizing rings, to name a few. Further, the tie rod and other related accessories allow for axial, longitudinal, and angular shifting, limiting the possibility of a pipe break.

How To Install Metal Expansion Joints

Before installing, it is essential to do an initial inspection of all the parts. Because there could be manufacturing defects or damage from shipping and handling. Look for cracks in the industrial expansion joint, dents, distortions, chips, or places where components are warped and will not fit properly.

Also, check that the alignment of the pipe joint can be accommodated by the metallic expansion joint. In addition, if the joint is not designed to sufficiently compensate for the pipe layout (by the angle being too sharp, for example), the joint could break.

Once the parts pass the initial inspection, it is time to install the metallic expansion joints. First, ensure that the pipe ends attached to the joint flanges have been anchored securely to prevent shifting during installation. Also, make sure that any field pre-positioning conforms to the instructions for installing the joint.

Engineering should use a thin layer of graphite dispersed in glycerin. Furthermore, engineering should also recommend water used for the rubber seal between the pipe and joint flange. A pipe seal may also need to be used. You should add water before installing to allow for easy removal should the need arise.

In addition, the joint should not be installed in an expanded or contracted state because it will not be able to compensate for the movement buffer fully. The industrial metal expansion joint should be continuously supported while bolting the flanges together and should not place any excess weight on the pipe ends.

Finally, tighten bolts with two wrenches to torque specifications—the bolts on a tire are usually tightened opposite each other. Moreover, it would be best if you screwed the bolts on a metal flange sequentially until the rubber flange bulges uniformly between the backup ring of the flange and the face of the pipe flange. Once all the bolts have been properly torqued, remove any shipping accessories (i.e., stabilizing bars) still attached to the joint.

How To Maintain A Metallic Piping Expansion Joint

The metal expansion joint must be subject to routine inspection and maintenance by a competent design authority to ensure it remains functional and isn’t going to fail. In addition, since metal flanges tend to relax, and because of the constant shifting, it is essential to routinely check the bolts’ torque to ensure they have not backed off.

Furthermore, you should conduct routine quality checks for possible cracking or distortion. Checks for chemical or rust corrosion may also be necessary, depending on environmental conditions.

Because pipes come in many sizes, materials, and applications, varied selections are available in designs and materials for every application, including metal expansion joints.

To find out what design specifications you need for your project, contact Dannenbaum LLC for a quote.

An unrestrained model is a primary expansion joint. A tied expansion joint is used as a control unit to prevent pipe axial movement resulting from surges in a piping system. Also, hinged expansion joints avoid damage to the joint from shearing and pressure surges within the system. Engine exhaust and external pressurized balanced joints are other metallic pipe expansion joints.

Because the metallic expansion joint is relatively thin, you should protect the bellow from the external damage that could occur. For example, items can be dropped and hit by various objects during plant construction.

Also, during maintenance, anything can happen. Such as falling tools, standing on the joint, contact with pipes, hangers, equipment, welding, and burning can hurt a metal expansion joint, making it unsafe or unusable. Dannenbaum LLC offers, as an optional accessory, standard carbon steel removable covers attached to the upstream end connection and sized to permit free flexing of the pipe expansion joint. The engineer should specify the cover type. 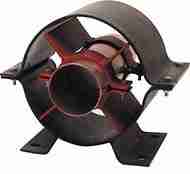 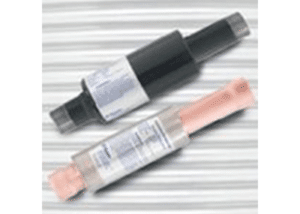 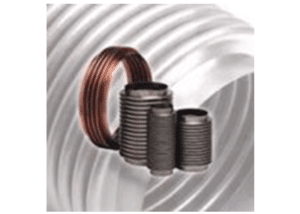 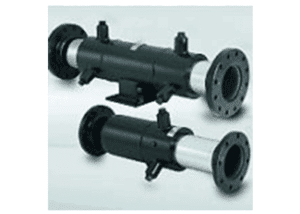 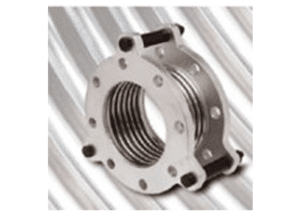 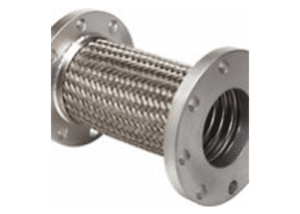 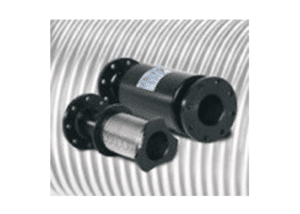 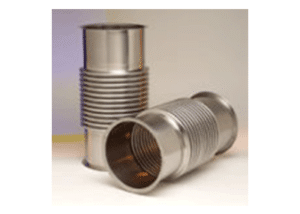 Round and Rectangular Expansion Joints 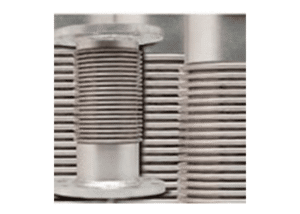