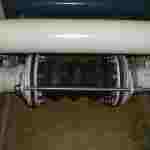 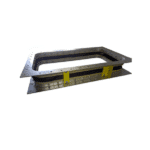 When the pipe system has high temperate substances, such as steam or exhaust gases, industrial expansion joints are necessary for the system to operate properly and help prevent any damage or piping system.

Other uses for expansion joints may be for anti-vibration, earthquake movement, and building settlement. Piping expansion joints can be made of metal, fabric, or an elastomer (rubber). Furthermore, depending on your application, it will determine what kind of flexible joint you need.

What are they used for?

Pipe expansion joints have unique and important functions. Furthermore, flexible joints are used to reduced vibration and shock on systems. They are also used to reduce noise, relieve pipe stress, and in some cases, compensate for thermal expansion.

When the pipeline has high temperate substances, such as steam or exhaust gases, industrial expansion joints are necessary for the system to operate properly and help prevent any damage or piping system. Other uses for flexible joints may be for anti-vibration, earthquake movement, and building settlement.

Why should I Use a Pipeline Expansion Joint?

Furthermore, they reduce pipe loads at connections to equipment such as pumps. Engineers and pipe designers often use expansion joints in their pipe systems. Pipeline expansion joints add flexibility to the design and reduce costs by getting rid of fixpoints and guides.

This reduces the overall space requirements for the pipe system. Additionally, pipe expansion joints can be more effective alternatives for pipe bends and pipe loops because of their size. Pipeline expansion joints are economical and great at absorbing larger movements.

When to Use an Expansion Joint?

Some designs tell you to use a metal hose or a pipe expansion joint, but sometimes they selected the wrong option. A few things let you know if you should use an expansion joint or a hose. These criteria are listed below:

Steam can be scorching. This causes a lot of movement in the pipe. Therefore, you will need an expansion joint for steam. Be sure you pick the right expansion joint. Moreover, when asking for an RFQ, it helps to have the following information.

What are Pipeline Expansion Joints?

Pipeline expansion joints are used in a piping system. Additionally, they can be constructed out of three main materials—metal, rubber, and fabric. Moreover, depending on the STAMP (size, temperature, application, media, pressure) will help you determine what Industrial expansion joint to use.

How do Industrial Expansion Joints Work?

Industrial expansion joints are pipeline expansion joints that are manufactured to connect items. Also, they safely absorb the high-temperature expansion. They may also be used to offset a pipe or to help with movement. For example, a pipeline not breaking, when seismic activity or ground movement occurs.

What is an Expansion Joint?

Metals are suitable for use at high temperatures, as well as, have high strength properties, and are resistant to corrosion. Industrial expansion joints are designed to safely absorb the dimensional changes of steel pipe systems and ducts.

The changes could be heat-induced expansion and contraction, vibrations caused by rotating machinery, pressure deformations, misalignment during installation, or building settlements.

The most important part of the flexible joint is the bellow. The bellows are made up of a series of convolutions, with the shape of the convolution designed to withstand the system’s internal pressure but flexible enough to accept axial, lateral, and angular deflections.

Where are Stainless Steel Expansion Joints in use?

Steel expansion joints are important components in many industries and are used extensively in among others:

Why Would I Need a Flexible Joint?

Having a reliable piping system is needed in piping.

WHAT ARE PIPELINE EXPANSION JOINTS?

People can use them for various applications, including the transfer sections close to boilers, engines, turbines, condensers, pumps, or heat exchangers. Flexible expansion joints can be made of a variety of materials depending on the application.

To ensure that the right type of pipeline expansion joint is used for your function, ensure that an engineer with experience in the field is consulted before implementation.

Flexible joints can be used in almost any industry that requires vibration absorption and expansion compensation. Some of the industries that these components are most commonly used for include:

Pipe bellow joints are also known as compensators because they compensate for the thermal movement. In addition, there are different types of names for expansion joints for pipe, for example, pipe bellows, pipeline expansion joints, and bellow pump connectors.

How Do Expansion Joints Work?

Pipe expansion joints are compensators and are manufactured to hold parts together. Also, they safely absorb possible high-temperature-induced expansion and contraction of building materials. Pipe Joints may also use them to make movement safe for the structure—for example, a pipeline when the seismic activity or ground movement occurs.

What are Industrial Expansion Joints Made of?

Depending on the application, it will determine if a fabric expansion joint, metal bellows, or a rubber piping expansion joint is needed and what will work for that specific project. Industrial expansion joints have a comprehensive range of applications in a wide variety of industries. They can be engineered to exact specifications and made for easy installation.

The Expansion Joint Manufacturers Association, Inc. is an organization of established manufacturers of types of metal expansion joints. EJMA was founded in 1955 to establish and maintain quality design and manufacturing standards.

These Standards combine the knowledge and experience of the association’s Technical Committee. They can assist users, designers, and others in selecting and applying expansion joints for safe and reliable piping and vessel installation.

All materials expand and contract with thermal change. In the case of piping systems, this can cause stress on the piping system. Therefore, an expansion joint can be an easy solution.

Pipe expansion joints consist of flexible bellows, appropriate end fittings such as flanges or butt-weld end to allow connection to the adjacent piping or equipment and other accessory items that may be required for a particular service application.

Therefore, a cycle life of one or two thousand cycles is usually the best way. High cycle life designs may be desirable for service applications that include frequent start-up/shut down cycles. The piping designer considers such design variables as material type, wall thickness, the number of convolutions, and their geometry to produce a reliable design for the intended service with a suitable cycle life expectancy.

Load piping expansion joint squirm is characterized by a gross lateral shift of the convolutions off of the longitudinal centerline. Expansion Joint squirm can reduce cycle life, or in extreme cases, produce a catastrophic failure. To avoid squirm, the expansion joint designer must limit movement capacity and flexibility. This is done with control rods.

Expansion joints have end fittings such as flanges or butt-welds. They should match the size and materials of the connecting equipment. Small diameter flexible joints are available with threaded male ends, butt weld ends, or copper ends. We also supply threaded flanges.

Flow liners are installed in the inside of the industrial expansion joint to protect the pipe expansion joint from erosion damage due to an abrasive media or resonant vibration due to turbulent flow or velocities which exceed:

For air, steam, and other gases.

For water and other liquid

Expansion Joint Covers are mounted at one end of the Flexible joint, providing a protective shield that spans the length of the piping expansion joint. Covers prevent direct contact with the industrial expansion joint, offer personnel protection, and protect the pipe expansion joint from physical damage such as falling objects, weld splatter, or arc strikes.

Covers also provide a suitable base for external insulation to be added over an expansion joint. Some insulating materials, if wet, can leach chlorides or other substances that could damage a pipeline expansion joint.

Tie rods eliminate pressure thrust and the need for main anchors required in an unrestrained piping system. Axial movement is prevented with the use of tie rods. Designs that have only two tie rods have the additional ability to accommodate angular rotation. Limit rods are similar. However, they accommodate a specified axial capability.

You must install all pipes at room temperature. Pipes that transport hot liquids (such as water or steam) work at higher temperatures. Therefore their length will expand, especially when the ambient temperature rises to the operating temperature. This creates tension in certain areas within the distribution system (such as pipe connections), which may break extreme cases. As the system heats up, move to each other.

The piping system must be flexible enough to support the movement of components during expansion because the piping system is flexible due to the length of the pipe and the number of bends and supports. In many cases, it does not generate excessive stress.

The temperature of the fresh steam pipe is higher than that of the main condenser pipe, and the two connection points move relative to each other during the system warm-up period. “Cold pressing” can reduce the number of movements that the pipeline and its built-in equipment must perform. For each part between the fixed connection points, first, calculate the total elongation.

By pulling the screws on the flange connection, the system is loaded in one direction at room temperature and coldly pulled. When expanding, the tube is pulled in the opposite direction. The effect is that instead of pulling the pipe from 0 F to +1 F force units, it pulls from –½ F to + ½ F force units. In practice, the pipeline is cold-installed, with half the length of the extension between the two flanges in the middle. When the pipe is fully assembled and fixed at both ends, remove the gasket and pull out the connection.